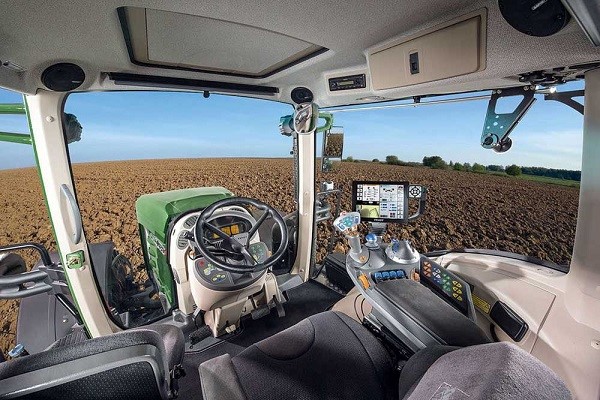 An innovative venture in the field of agriculture has been developing in recent years on the plain of Thessaloniki, which has attracted the interest of more and more growers. The project involves around ten rice growers who have adopted and implemented the so-called “precision farming”, with the help and guidance of the company “Eco-development”. The project started cowardly three years ago with the participation of a single rice farmer and gradually gains the confidence of other producers who are slowly distancing themselves from traditional empirical practices, adopting modern scientific and technological methods.
According to Dr. Iatrou, in contrast to what is happening abroad, there is a cloudy situation in Greece over what precision farming is and what its strategic advantages are. Farmers are seeing a virtual reality on the internet every day, Drones images and colorful satellite crop maps, aerial and terrestrial sensors, smart applications, weather station networks and more. This creates the image of an unsuspecting 30-year-old farmer who manages his farm through the tablet and the cloud, and this creates insecurity and distrust for producers.
An important parameter in precision agriculture is the continuous monitoring of cultivation through satellite and drones. This identifies deficiencies in various components such as boron and zinc that are very important in the Thessaloniki plain. The levels of phosphorus and potassium are recorded so it is decided whether there is a need to use a compound fertilizer. At the same time, the crop is monitored during its development using satellite images and maps for differentiated surface lubrication are produced.
The benefits of precision farming can be seen in the producer’s pocket from the earliest years, and over time they are also reflected in the environment. The first benefit is the gradual reduction of production costs. The second benefit for the producer is the gradual increase in production which, according to the majority of Chalastra rice growers, is estimated at around 16%. At the same time, through more precise lubrication, the quality of the product is improved. Finally, one of the major benefits is the protection of the environment as a reduction in the amount of fertilizers results in reduced nitrogen loss in the environment and especially in the aquifer. It is indicative that in the parcels in which precision farming has been used for a period of three years there is already evidence of an increase in both the aquatic fauna and the birds visited.