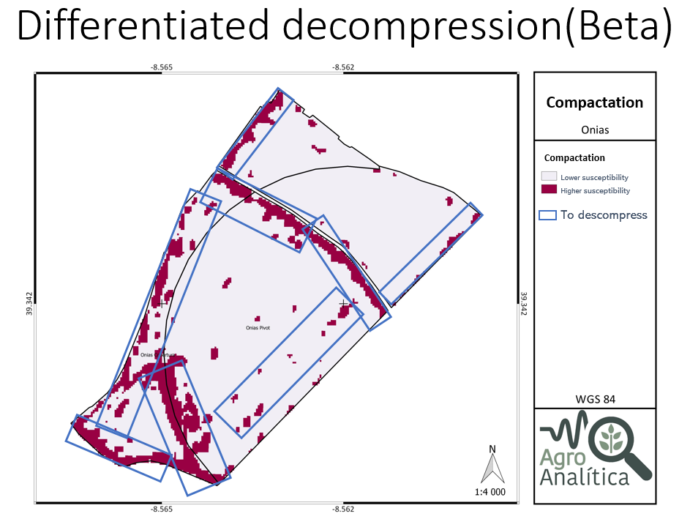 Quinta da Cholda has been equipping in the last years, all its tractors and harvesters with auto-guidance with GPS and RTK. With this investment we were able to strongly reduce the consumption of time, energy and mobilization of our fields. We were thus able to reduce both our total CO2 emissions and our costs.

Alongside this increase in efficiency on the production of the crop itself, we are also testing a new method of deep mobilization of our soils. In the past, it was common to do a subsoiling to try to relieve compaction of the deeper soils. This operation was quite expensive and hard to perform, due to our clay soils and normally rainy winters, which given high power and therefore heavier tractors that we use, only allowed us to have positive results on very dry years. Subsoiling can also increase soil compaction, as many times tractors get stuck in the mud and do worse that if nothing was done, reducing soil quality and wasting energy.

The new Precision Agriculture strategy we’re adopting is based on a variable subsoiling dependent on the real necessity for this operation.

With the information we have assembled year-round by tractors and harvesters, we can now have a georeferenced map of the compaction of the field, which we can then combine in a single point density map with all this information and create a prescription plan. This is then sent to the tractor performing the task. If the tractor has the ability to receive the prescription directly, all the process is automatic. Otherwise, a simple tablet can also receive it which can then be placed near the tractor operator, that now only has to do the subsoiling on the identified areas.

Watch the video of all the operations performed in a maize field over one year: