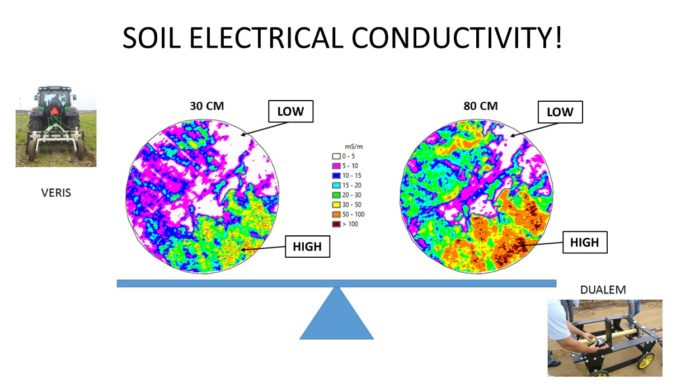 Soil electrical conductivity (EC), measured using electrical resistivity and electromagnetic induction (EM), is among the most useful and easily obtained spatial properties of soil that influences crop productivity. As a result, soil EC has become one of the most frequently used measurements to characterize field variability for application to precision agriculture (Corwin & Lesch, 2003).

Many of the aforementioned factors are associated with chemical and physical qualities of the soil and due to that soil apparent electrical conductivity is often used to study the spatial variability of soil quality and to take decisions on agronomic issues or questions of soil eutrophication, especially in the detection and mapping of soils with high salt concentration. The sensors normally used to map the apparent soil electrical conductivity (ECa) are of two types (Figure 1): i) those that have to interact with the soil, normally measuring the electrical resistivity (e.g., Veris); or ii) those who do not have to be in contact with the soil, normally measuring the apparent soil electrical conductivity by means of a magnetic induction process (e.g., Dualem). It is said that the soil electric conductivity is apparent because the measurement is not performed to the depth of 30 cm or 80 cm (Figure 1), but in the volume of soil that goes up to 30 cm or 80 cm deep. The geophysical sensors normally measure two depths in the same passage, georeferencing the measurements as they pass through the site (“On the fly” sensors). Figure 1 shows the soil ECa spatial variability of a particular parcel having soils that go from sandy to clay. We also can note that in some particular sites of the parcel and if we look in depth (from 30 cm to 80 cm), the soil seems homogeneous throughout the profile (areas with lower CEa) while in other areas the ECa rises with depth, indicating even more clayey soils in deeper zones of the profile. 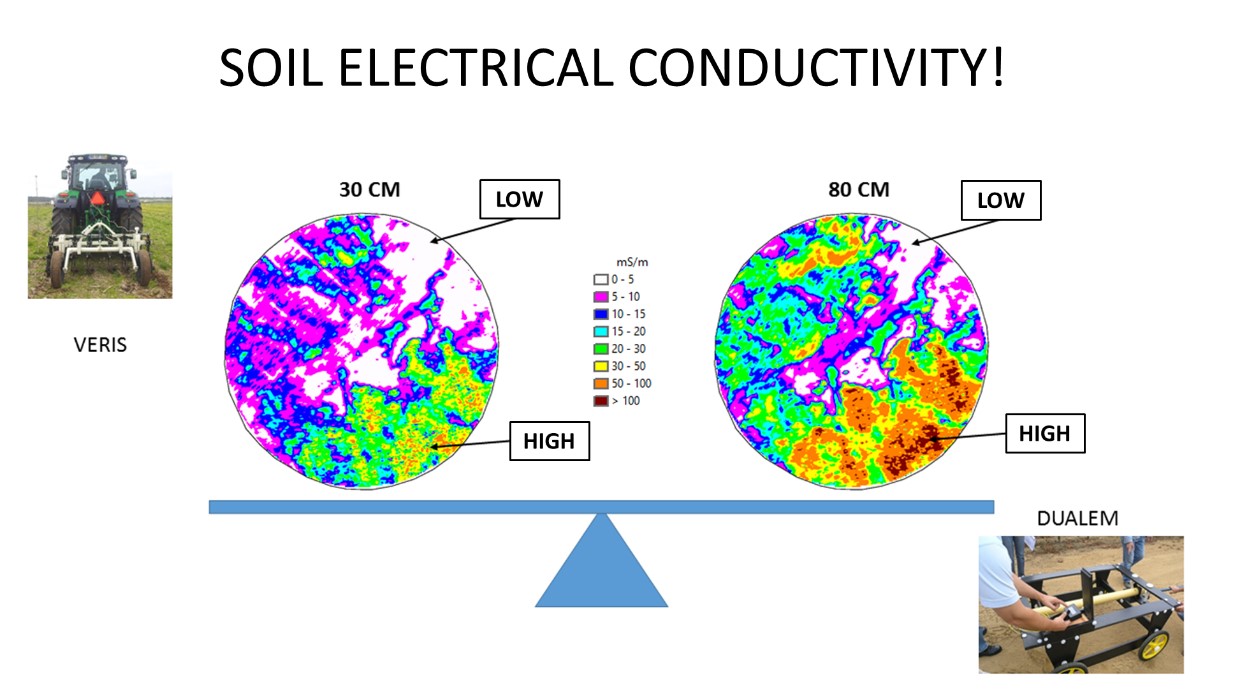 These large differences within the same parcel put in evidence large management problems in terms of nutrients and soil-water-plant relationships.