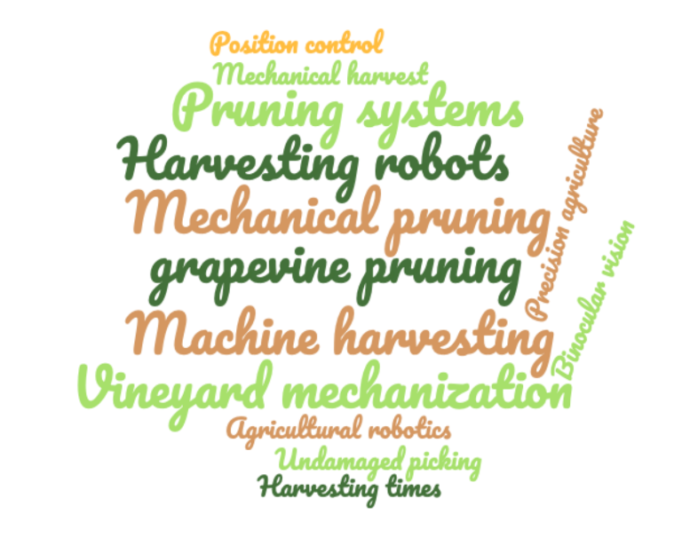 As it is known, digital technologies have started changing human activities and lives. Even the traditional concept of “agriculture” has started a revolutionary change of paradigm. We are performing a foresight analysis, based both on patents and on scientific literature as sources of information, aimed to outline the actual technological landscape and look ahead to its future evolution.

In this post, a small taste of the literature analysis that we are conducting on ScienceDirect database is shown. The search for papers’ retrieval is based on keywords related to harvesting and pruning in viticulture: the resulting number of publications is 116. 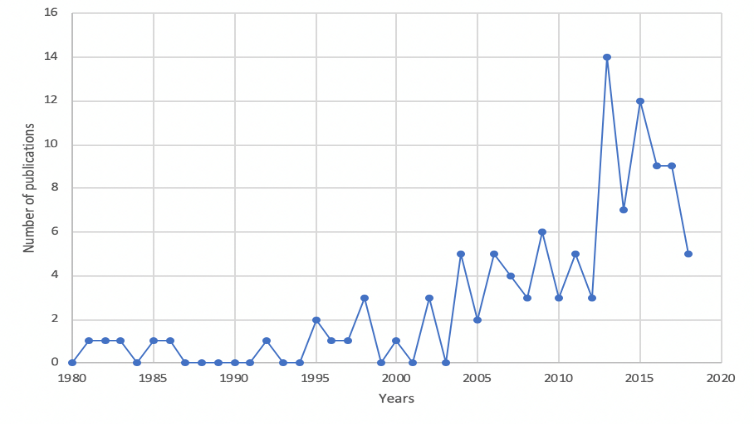 Figure 1 – Distribution of publications in time 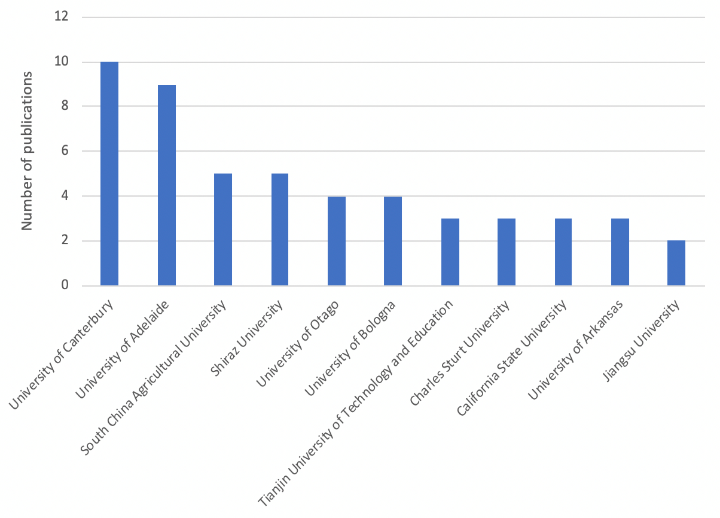 The following diagrams shows respectively the temporal distribution of publications (Fig. 1), in which it can be recognized a growing trend, and the histogram of the 15 most important organizations for number of published papers (Fig. 2), comprising mainly European, American and Far East Universities, but also two Universities based in Australia and New Zealand.

Moving the focus toward the textual content of the publications, the following Fig. 3 shows the most frequent tags assigned to the studied publications. The terms related to robots or robotics in general are prevalent, witnessing the aim of the scientific community to develop solutions oriented to mechanization and automatization of harvesting and pruning activities. 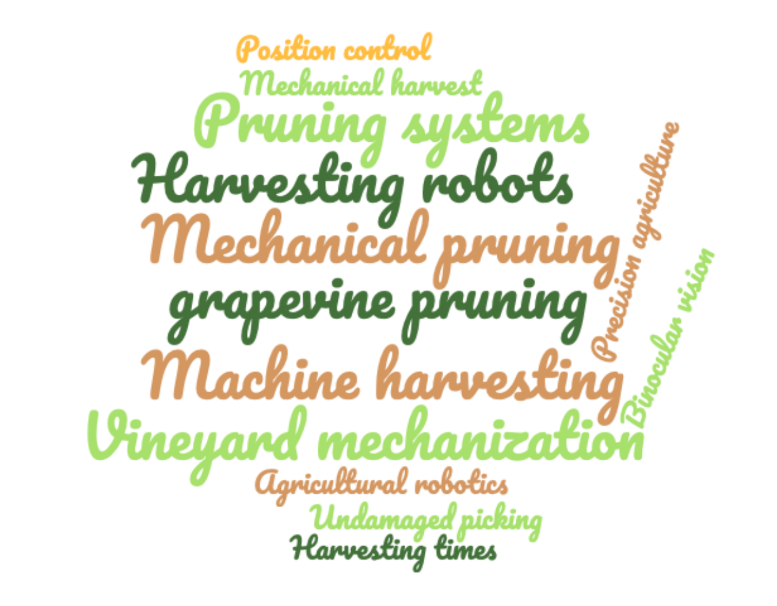